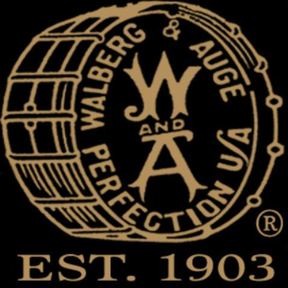 Walberg and Auge is back and now registered as a non-profit corporation for historical and educational purposes.

Develop and publish the Walberg and Auge book that documents the past and future of W&A.
(Available on Amazon.com)

Continue the tradition of designing and building Walberg and Auge drum sets and snare drums with the details and perfection-level craftsmanship of W&A drums built from yester-year.

Overview:
Established in 1903, Walberg and Auge began as a musical instrument repair and manufacturing company that made "Band Instruments" such as drums, bells, xylophones and traps.

During the silent film era, W&A innovated and manufactured many sound effects and traps instruments. (Detailed in the 1911 and 1917 W&A catalogs supplied in the W&A book) They were the best of their kind.

Walberg and Auge also had a strong impact in music education. They manufactured a line of kinder instruments that were sold throughout the US (1930s – 1960s). They also wrote the curriculums.

Walberg & Auge saw its demise in the late 1970’s "import-industry-boom" and the history of this unknown innovative drum company was almost lost… until now. 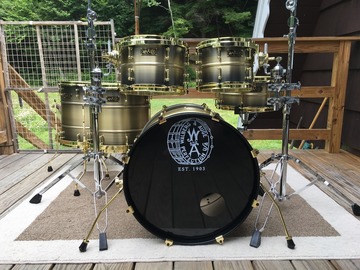